Until recently, no one could get enough of Theranos and the company’s founder, Elizabeth Holmes – the exceptionally young, self-made billionaire whose fortune has been made on a single sought after medical technology: an easier, faster and less invasive way to carry out blood tests. Indeed, Holmes, still in her early thirties, has been widely hailed as transforming the laboratory diagnostics industry with her company and upheld as a role model for young women entrepreneurs and inventors alike.

Guided by the motto that “A few drops is all it takes,” Theranos promised lab tests on blood samples as small as 1/1,000 the size of a typical blood draw and for a fraction of the cost. If everyone loved Holmes, it was no surprise. She filed a patent for her sampling technology in 2004, shortly thereafter dropped out of her undergraduate program at Stanford, and went on to amass a personal fortune estimated to be worth $4.5 billion…that is before her company and its technologies became the subject of a widespread investigation or “witch hunt” (this, of course, depends on who you talk to about the Theranos case). What is clear is that whether or not one stands by Holmes and her company, there is no question that Theranos made at least a few critical errors at the level of risk and reputation management.

What Happened at Theranos?

Theranos was in many respects a golden child of the start-up world. The company offered a solution to a longstanding problem – the onerous, expensive and time-consuming process of carrying out blood-based diagnostics. The fact that the company was led by a young woman was part of its broader appeal. Theranos was brilliant and its founder, Holmes, was and arguably still is a role model for young women in both the business and technology sectors. This fall, however, things started to come undone after a story in the Wall Street Journal alleged that Theranos does not, in fact, use its own technology for most of its testing but rather relies on more traditional blood testing methods. The same report questioned the accuracy of the company’s lab tests and alleged they even cheated on tests in order to maintain lab certification.

Despite the company’s initial rejection of most of the claims in the Wall Street Journal article, as business partners, like Walgreens, entered into the investigation, Theranos was forced to enter a “pause period.” Seemingly as quickly as Theranos had become an exemplary company, the company’s fortunes started to unravel. First, there were a growing number of testimonies from Silicon Valley executives about receiving faulty results from Theranos tests. Next, the FDA announced that it had never even approved the “nanotainers” used by Theranos in its diagnostic process. Yesterday’s announcement that Safeway was walking away from its Theranos deal was yet another blow to the company that is now by all accounts in a major freefall.

What Theranos Got Wrong About Risk and Reputation Management

Absence of a Crisis Management Plan

Most commentaries, even those sympathetic to Holmes and her company, appear to agree that Theranos’s most notable mistake was their failure to have a crisis management plan in place. Indeed, in the days after Wall Street Journal article dropped, the company appeared to be scrambling – on social media and in its other internal and external communications – to tell their side of the story. As a result, the story that did get out had little consistency and was short on facts. There was also little willingness on Holmes’s part, at least initially, to take responsibility for any of the alleged problems with her company. Had the company had a thoroughly developed crisis management plan in place, it seems likely that they would have at least avoided some of the subsequent problems they encountered. After all, even if the company had said less rather than more in the days immediately following the Wall Street Journal article, the perception that they were unable to control the story would have been greatly mitigated.

Failure to Delegate a Spokesperson During the Crisis

While it can be strategic to have a CEO speak in the midst of a crisis, in some cases, the decision can backfire. The Theranos crisis may have been just such a case. After all, as much as the Wall Street Journal’s article was an investigation of Theranos, there is no question that it was also an attack on the company’s founder. Whether Holmes’s age or gender were factors is a matter of pure speculation, but one doesn’t need to read too deeply between the lines of the original Wall Street Journal article or subsequent articles in the publication to see that Holmes is not on the Journal’s list of favorite CEOs. The article, beyond investigating the company’s claims and technologies, dedicates considerable ink to discussing Holmes’s age, gender, inexperience and fear of needles, as well as other details (e.g., the fact that a senior biochemist hired to develop Theranos technology recently committed suicide). Designating a public spokesperson (other than Holmes) may have helped to steer the controversy away from the founder and on to the issues under investigation.

While it is never easy, taking responsibility for one’s mistakes or shortcomings is ultimately the most strategic way to respond to criticism. Indeed, had Theranos been less reluctant to take responsibility, they may have managed their crisis more effectively from day one.

There is no question that Theranos’s biggest mistake was their failure to have proven results on hand when the crisis hit. As a medical company, Theranos requires peer-reviewed research providing strong evidence that their diagnostic method is accurate (ideally, as accurate or more accurate than existing methods). While Holmes has promised to deliver such research soon, given the company’s current situation, there is every reason to conclude that soon may not be soon enough.

What Theranos Got Right About Risk and Reputation Management 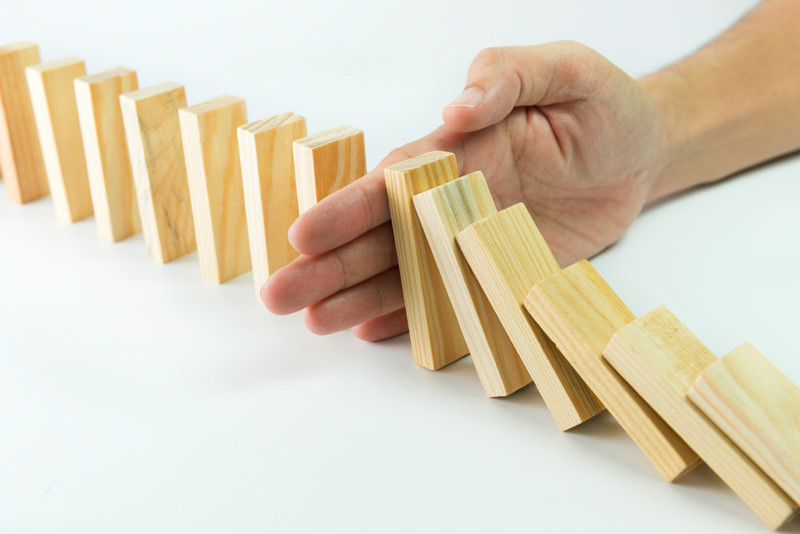 It is never too late to mitigate damage and in recent weeks, Theranos has made at least a few strategic moves. First, Theronos put powerhouse lawyer David Boies on to its Board of Directors to help navigate the current crisis. Notably, Boies was already connected to Theranos (as an external representative) and interviewed for the original Wall Street Journal article. In the article, he offers a measured and honest response when asked about the company’s current development. As a result, he was a natural choice for the Board in the midst of the current crisis. At the same time, the company has rotated several existing members off their Board. These moves at the very least point to the company’s desire to realign and get back on track with renewed leadership and heightened guidance.

Takeaways from the Theranos Case

Avoid being trigger happy on Twitter during a crisis: While it may be tempting to jump on your Twitter or Facebook page and fire back, in complex situations (e.g., the Theranos case) you likely won’t be able to say everything you need to say in 140 characters, and oversimplifying a complex issue may do more damage than good.

Designate who will speak on behalf of the organization: Decide who is the best person to be the public face of the crisis. While it may be a CEO, in some cases, a less public face – someone who is not already synonymous with the company’s brand – may be more strategic.

Grow at a sustainable pace: Growth is desirable but growing at a rate that is faster than manageable is dangerous. For example, in the Theranos case, the company arguably grew more quickly than it could amass data to support its development. In the end, growing a slower rate likely would have served the company better over time.

Collect data: Don’t make claims you can’t back up with data. Prioritize data collection, especially while scaling up.

Take compliance seriously: Crises frequently arise when compliance issues have been ignored. Ensure your company is in compliance on all levels at all times. This means investing in a compliance officer and/or compliance team.

Lastly, make sure someone is in charge of your ethics training. Not having to create the situation where you have to defend your reputation is still the best pre-emptive strategy.