In early September, Tech Inclusion hosted a conference and career fair, bringing minority workers into contact with recruiters from the top technology companies across the nation. While targeted recruitment is often frowned upon both in and outside minority communities, in the case of the tech industry, the need for the event is hard to ignore. 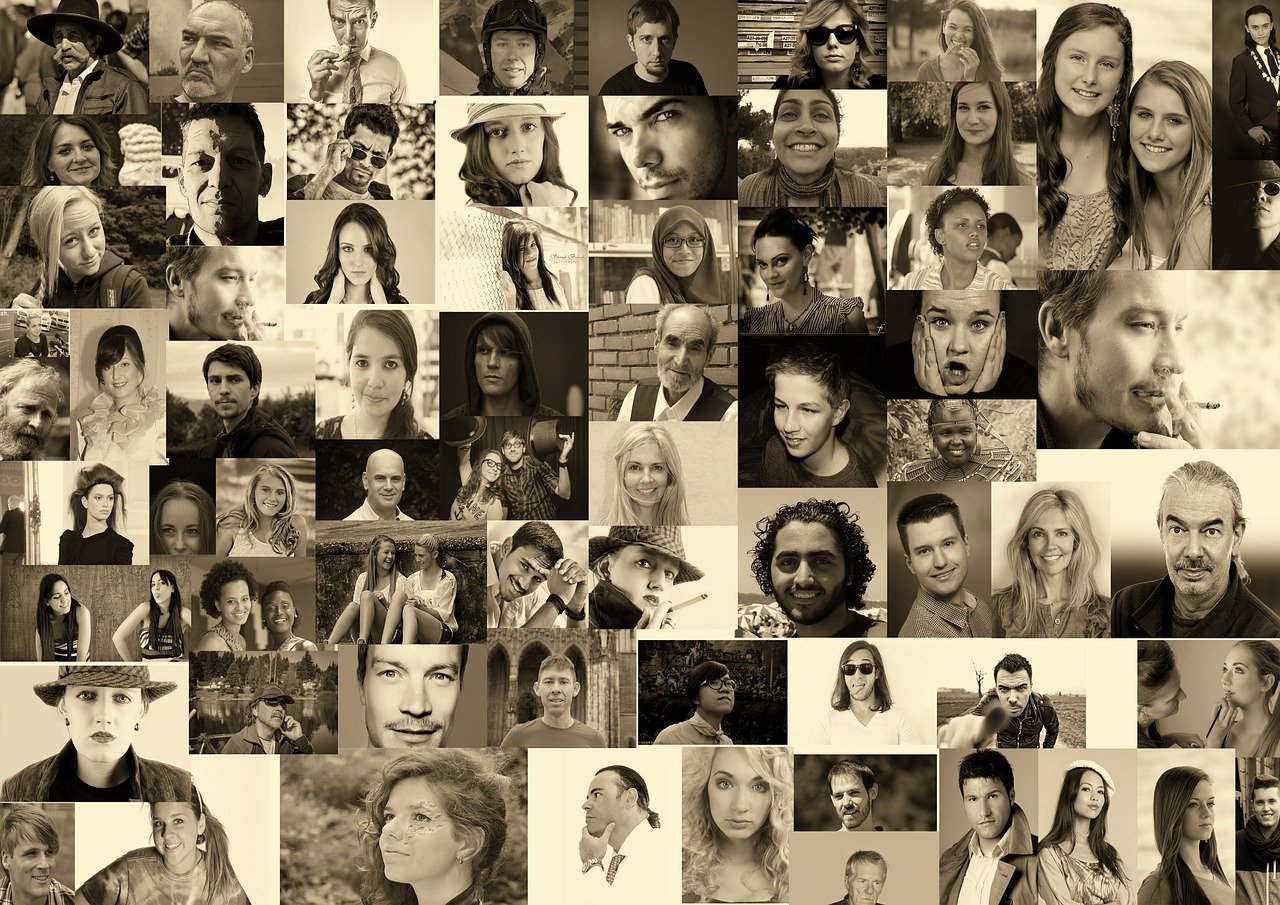 While numbers don’t always tell the entire story, when looking at diversity in the tech industry, the numbers are striking. Whatever way you cut it, the tech industry’s record on hiring visible minorities—specifically, Black and Hispanic employees—remains weak and in some instances, negligible. As an example, consider the following statistics: 13.2% of the US population identifies as Black but at most tech companies, only 1% to 2% of employees identify as Black, especially in “tech positions” (e.g., positions in research and development rather than customer service or retail).

While it may be easy to point a finger at these tech companies, there is ample reason to question whether the diversity problem in the tech industry necessarily begins with the recruitment and selection process. There is also growing speculation that despite its deplorable track record on hiring visible minority workers, the tech industry may possess the know-how to solve the diversity problem (e.g., by developing algorithms that allegedly take subjectivity out of the recruitment process). But would organizations actually look more diverse if hiring was carried out with the aid of an algorithm rather than the aid of human recruiters, or is the damage already done by the time the recruitment process is set in motion?

To begin, it is useful to consider the current hiring landscape in the tech industry, beginning with an overview of employees at six of the largest technology companies in the US.

Apple: Apple’s US employees are 55% white, 15% Asian, 11% Hispanic and 7% Black. In addition, 9% of Apple’s employees are “undeclared,” 2% identify as belonging to two or more racial groups, and 1% identify as other. Notably, whileApple’s numbers are comparatively high for the tech industry, their numbers need to be taken with a grain of salt. After all, despite the fact that 7% of Apple’s employees identify as Black, further analysis reveals that most Black employees are concentrated in the company’s technical or retail divisions rather than research and development or executive positions. Indeed, in 2014, Apple had 72 executives who identified as white but only 2 who identified as Black.

Google: One of the first companies to come clean on its hiring practices in terms of race, Google reports that in the US, 61% of employees are white, 20% Asian, 4% identify as belonging to two or more races, 3% are Hispanic, 2% are Black and 1% identify with another group (e.g., Native American).

Yahoo: Yahoo also released its diversity numbers in 2014. Like many tech companies, the company employs a majority of white workers but the numbers are especially stark when looking specifically at tech jobs: at Yahoo, 89% of its tech positions are covered by white or Asian employees (with white employees accounting for 50% of these positions). The other 10% of tech positions are occupied by visible minorities (4% are Hispanic, 2% are Black, 2% identify as belonging to two or more ethnic groups and 2% are non-disclosed).

LinkedIn: Finally, at LinkedIn, the diversity picture looks nearly identical to the aforementioned organizations. In 2014, over half of the company’s employees were white and 38% identified as Asian. Only 2% identified as Black, 4% as Hispanic, 1% as belonging to two or more races and 1% as other.

What do the numbers tell us? In a nutshell, in terms of race, there is surprisingly little variation across the industry. The majority of employees, especially in tech positions, are white followed by Asian workers. Moreover, while Asian employees are represented at a much higher level on average in tech jobs than in the general population, Black and Hispanic workers are represented at a much lower level.

Is Biased Recruitment or Education at the Root of the Problem?

There are myriad of reasons why qualified and Black and Hispanic workers in particular are frequently overlooked by recruiters. Most notably, recruiters are frequently looking for someone who fits the “profile” of an already successful worker in their organization. Since the “profile” is typically a young white man who has recently graduated from a computer science or engineering programs at a top-ranked university, recruiters are naturally more inclined to recruit workers who share the same identity and educational background. In short, recruitment practices, which tend to be based on “best practices” and “proven results,” often simply result in a reproduction of already entrenched norms. When it comes to diversifying one’s workplace, however, the result is troubling.

That said, it would be misleading to conclude that the recruitment and selection process are solely to blame for the lack of diversity in the tech industry. Given the heavy focus on recruiting candidates from top-five computer science and engineering schools (e.g., those at MIT, Stanford, Berkeley, Carnegie Mellon and Cornell), one also needs to consider what it takes to get into a one of these programs. While there are variations across these programs, with few exceptions, incoming students at the top computer science and computer engineering schools in the US are students with high GPAs who have graduated in the top 5% to 10% of their class, outstanding SAT scores (at least high 600 scores in readings and mid to high 700 scores in math), and transcripts stacked with successfully completed AP credits in key subjects, such as calculus.

Unfortunately, despite efforts to improve public education and increase STEM opportunities for minority students, especially those living in historically disadvantaged urban communities, the reality is that most computer science and computer engineering programs remain predominately male and white. In 2014, only 344 of MIT’s 11,319 students identified as Black or African American(notably, this figures includes MIT’s many humanities based programs, and it seems likely that the numbers are much lower when focusing on the university’s computer science and engineering programs alone). Again, while MIT’s own admissions policies may be to blame, in reality, the pipeline to a top-ranked computer science or computer engineering programs begins long before students submit their college applications.

As young as middle school, students are often already being streamed into schools and programs that will or will not provide them with the courses and preparation needed to have a strong chance at gaining a spot in one of the nation’s top-ranked computer science or computer engineering programs.

For example, in large cities, such as New York City, students in the best middle schools (and these schools are rarely located in the poorest or most diverse neighborhoods) have a competitive advantage when applying to the city’s more than 400 high schools. Top-ranked middle schools typically do a better job preparing students to write state tests and state test scores play a major role in high school admissions. While there are other options in New York City – for example writing an exam to gain a spot in one of the city’s specialized high schools where admissions are based solely on a single exam – the grueling exam requires students to already possess math skills well beyond those taught in the regular middle school curriculum. As a result, children with parents who have the money needed to hire a private tutor or enroll them in an exam prep course are at a notable advantage. In the end, the most privileged kids have the best shot at gaining entry to a top-ranked STEM focused high school while other students are left to compete for spots in “good enough” schools. For the many bright and ambitious visible minority students who end up at “good enough” public high schools, however, their chances of landing in MIT’s class of 2024 and eventually securing a job at one of the nation’s major tech companies (where entry-level positions for graduates of top-ranked bachelor degree programs are often close to $100,000 annually) is already depleting.

While one may not want to share this harsh reality with the eleven- to thirteen-year -old kids in question, when confronting the “tech diversity” problem, it may be as important a factor as what happens much later down the line during the recruitment and selection process. In Part 2 of this article, we will explore how the tech industry is responding to the “tech diversity” problem, focusing on four key responses: “big data” hiring solutions; tech investments in public education and charter schools; revised on-campus recruitment strategies; and innovative training and mentorship programs, including those that harness the potential of the latest learning management platforms.

There’s a pretty solid business case to nurture a diverse and inclusive workplace. When you do it right, employees work 12% harder, are 19% more likely to stick around longer, and collaborate up to 57% more effectively with colleagues. We can help at www.eleapsoftware.com or call us 877-624-7226.