2015 was both a tumultuous and inspiring year for race relations in the United States. Not since the days of Martin Luther King Jr. has the nation witnessed such high levels of racial unrest nor such mass displays of collective activism and hope for a more equitable future. While much of the activism linked to the Black Lives Matter movement has focused on living conditions and policing concerns in urban communities, race relations in the workplace are by no means exempt from the issues the movement seeks to put on the table.

As discussed in several articles published on the eLeaP blog over the past year, diversity in the workplace remains a problem but in some sectors, it remains a major problem. As reported in our series of articles on “tech diversity,” the information technology (IT) sector continues to lag behind nearly all other industries in terms of diversity. For example, while 13.2% of the US population identifies as Black, a survey of the nation’s largest tech companies (e.g., Apple, Google, Twitter and Yahoo to name just a few) reveals that across the board, only 1% to 2% of employees identify as Black, especially in “tech positions” (e.g., positions in research and development rather than customer service or retail). These dismal numbers naturally beg the question—what’s going wrong? While one might assume that only White and Asian men are interested in tinkering with computers, that is simply not the case. Like it not, systemic problems in the education, recruitment, training and evaluation of high-tech workers continues to reproduce a workplace where Black employees, especially Black female employees, are grossly under represented.

For this reason, to mark 2016’s Martin Luther King Day, we are turning our attention to the current state of race relations in various work sectors across the U.S. In addition to considering which sectors are and are not making progress, this post examines how the education and training sectors can ensure they are supporting the ongoing efforts of individuals and community leaders to ensure that all workplaces adequately reflect the diversity of our nation in the future.

Despite some gains in recent years, citizens who identify as Black or African American continue to have the lower labor participation rates than any other group with the exception of American Indians and Alaskan Natives. What is more striking, however, is the fact that even as educational achievement levels continue to rise, labor participation rates for Black and African American citizens continue to be higher in low-paying service and manufacturing jobs than in professional positions. Data culled from the US bureau of Labor Statistics 2014 report, Labor Force Characteristics by Race and Ethnicity, and the US Bureau of Labor Statistics current statistics on salaries tells at least part of the story about race, labor participation and income disparities that everyone should take time out to reflect upon and not just on MLK Day. Notably, below, occupations highlighted in orange indicate those in which the percent of Black or African American workers is higher than the percent of Black and African Americans in the general population.

What does this data reveal? In a nutshell, the story told by the data compiled above suggests that despite advancements, there are at least three striking problems that persist in our nation’s workforce.

As observed in the 2014 Labor Force Characteristics by Race and Ethnicity report, take-home pay continues to vary considerably between different racial groups “Among the major race and ethnicity groups,” the report concludes, “Hispanics and Blacks continued to have considerably lower earnings than Whites and Asians.” In fact, the report found that the median average weekly earnings of full-time wage and salary workers were $594 for Hispanics and $639 for Blacks compared to $816 for Whites and $953 for Asians. In addition, among Blacks, Black men reported weekly earnings of $680 on average compared to Black women who only reported weekly earnings of $611 (that is $2444 per month or $29,328 annually or well below the national average income, which in 2015 was just under $50,000 annually). 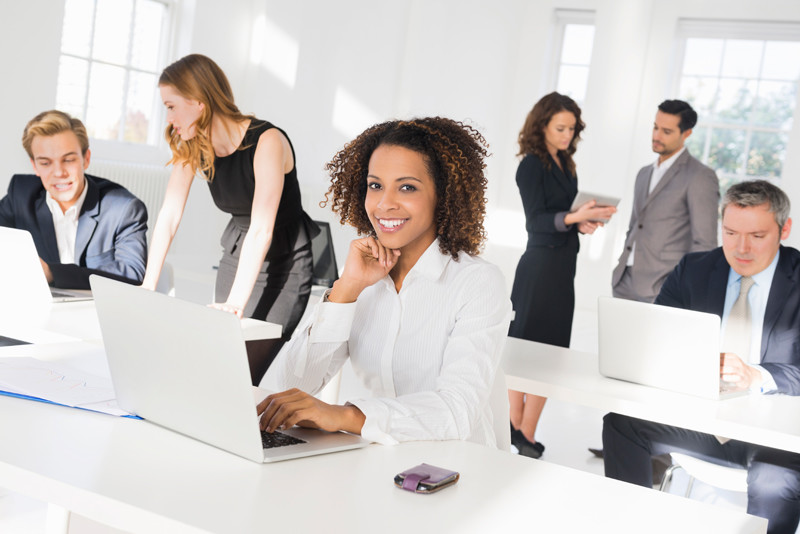 How to Promote a Diverse and Harassment-Free Workplace

Carry Out a Workplace Audit: Carry out a workplace audit to determine whether or not your workplace reflects the nation’s diversity. Are Black and African American workers clustered in specific types of occupations? Is the leadership team less diverse than the actual workforce? What efforts are or might be made to remedy this?

Evaluate Your Recruitment Process: Assess your current approach to recruitment. Are you making an effort to reach out to Black and African American students? Have you ever carried out a recruitment drive at a historical Black college? Likewise, are you relying on employees from programs or universities that are already predominately White (e.g., MIT’s engineering school)?

Assess Your Onboarding Process: Is there anything about your onboarding process that may be intentionally or unintentionally deterring Black and African American employees? What do new employees experience when they arrive in your workplace? Is it be a welcoming environment for Black or African American employees? Are racist jokes tolerated? Are there more subtle forms of racism operating in the workplace? Would a new Black or African American employee have any reason to feel confidant that promotions and leadership opportunities will be available to them if they choose to make a long-term commitment to your organization? Are you collecting relevant data on the onboarding process as it pertains to race?

Engage in Diversity Training: Recruiting, onboarding and training workers is one step, but retaining workers is another issue. What values or type of workplace culture is being promoted in your workplace? Does the culture promote diversity? Engage in diversity training to ensure your workplace is a welcoming and supportive environment for employees regardless of their racial or ethnic background.

At eLeap, we recognize the value of diversity in the workplace; below are just a few resources to help you start evaluating your current workplace and building a more diverse workplace for the future:

Diversity: On the Threshold of Change (training video)

The Uh Oh Syndrome: From Intolerance to Inclusion (training video)

Can Unconscious Bias Be Tackled Through Training (blog post)