In August, we posted an article about Amazon’s grueling workplace culture—a culture where work/life balance is allegedly expected to take a backseat to the bottom line, leaving employees to make difficult decisions about whether or not to ever prioritize children, spouses and aging parents, as well as non-work related activities. With few exceptions, people in and outside the business world responded to the widely publicized revelations about Amazon with a degree or disgust. We were, by and large, disgusted by rumors that a company that we nearly all rely on for products apparently lacks basic empathy. After all, if a company appears to care little about its employees, what is the likelihood that it cares about its customers?

In this post on empathy and more specifically, the economics of empathy, we examine what empathy is, how to measure it, and how to increase empathy in your organization, if it is found to be lacking.

Can Empathy be Measured?

A recent and high-profile embrace of empathy occurred last month when Facebook founder Mark Zuckerberg’s announced that his popular social media platform will soon introduce a way to express empathy. As Zuckerberg clarified at a press conference after widespread rumors that the platform was in fact introducing a dislike button, “People aren’t looking for an ability to downvote other people’s posts. What they really want is to be able to express empathy.” Theoretically, as Facebook users are given the tools need to express empathy and not simply “Likes,” they will all have the ability to monitor empathy on a daily basis. But today empathy is not only something gaining traction on social media platforms.

While empathy and economics are two concepts that have traditionally held little or nothing in common, today, these two Es are becoming increasingly aligned in what a growing number of commentaries are dubbing the “Empathy economy.” In a recent Harvard Review of Business article, Belinda Parmar reported that “Enlightened companies are increasingly aware that delivering empathy for their customers, employees, and the public is a powerful tool for improving profits, but attempts to implement empathy programs are frequently hamstrung by the common misconception of it as ‘wishy-washy,’ ‘touchy-feely,’ and overtly feminine. So empathy is de-prioritized.” In the same report, Parmar further emphasizes, “An additional problem facing CEOs is that many see empathy as an intangible quality, and as such hard to quantify. If you can’t measure empathy then it is very difficult to assess how much empathy your company is delivering, and where the greatest empathy deficits lie.” But is empathy something that eludes measurement? According to Parmar, however, empathy may not be as elusive as one assumes. In short, empathy can be measured and if empathy can be measured across an organization, it follows that empathy can also be increased. 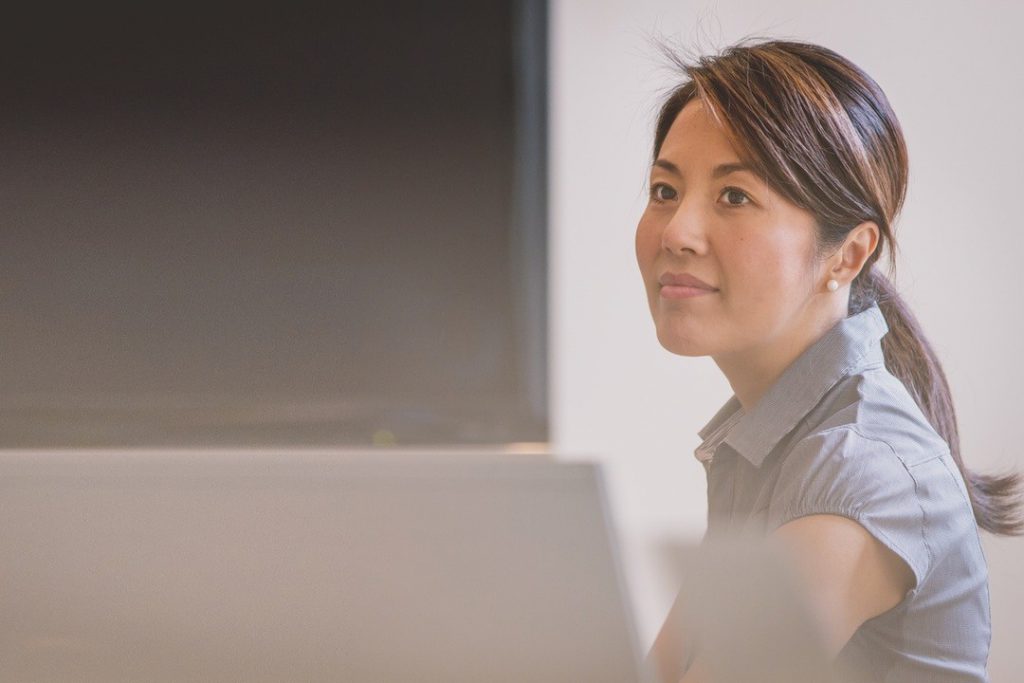 This is precisely the focus of Lady Geek—a tech company founded in 2010 in response to the gender divide in the tech industry. Today, Lady Geek is committed to finding ways to measure and increase empathy especially in the tech sector. As expressed in their company’s vision statement: “We embed empathy into the world’s biggest companies to drive their growth. Empathy drives more loyalty, productivity and engagement from your customers and employees.” The company used their Empathy Brand Index, a scale inspired by Simon Baron Cohen’s Empathiser and Systemiser models, to measure empathy within several major organizations around the world. In the company’s first poll, focusing only on businesses in the United Kingdom, they carried out a nationwide Survation poll of 1000 consumers, acquired online feedback from 25 employees at each of company included in the study, and analyzed 100 of each company’s tweets. What was the result? LinkedIn landed at the top of Lady Geek’s empathy survey along with several other tech companies. Not surprisingly, banks landed at the bottom of the survey. To gain a high score, both employees and consumers had to rank the organization high on the empathy scale. LinkedIn ranked first because both employees and consumers support the platform and more importantly, believe the platform is supporting them. By contrast, a company like Amazon, which gained a middling grade on Lady Geek’s Empathy Brand Index, was ranked high by customers but low by employees. Several national banks, which landed at the bottom of the survey, received low marks on the empathy scale from customers and employees alike.

Can Training Help to Increase a Company’s Empathy?

As suggested above, it is possible to measure organizational empathy. If one knows how empathy is or is not being fostered, it is also possible to increase empathy. While empathy training is often dismissed along with other soft skills training, in fact, increasing empathy can result in a major economic boost for a company. Below, we consider just three of the levels upon which one can promote empathy: culture, user experience, and authenticity.

As revealed during the revelations about Amazon, workplace culture matters. Workers who feel respected not simply as workers but as people with complex lives are more likely to remain loyal to a company over time and this is nearly always good for business in the long term. Workplace culture can also have an impact on sales. One need only consider the hit companies take when their lack of empathy is ultimately exposed (e.g., accusations that Zara was hiring child laborers to work in its clothing factories resulted in a nearly immediate loss in sales). Similarly, companies with a reputation for fostering empathetic workplaces with robust health and wellness benefits, extended parental leave, and flexible schedules to attend to family duties and/or to engage in civic activities often benefit by gaining customers.

To begin increasing empathy, carry out an audit of existing employee policies regarding health and wellness programs, short- and long-term leaves, and scheduling. Identify whether or not your organization’s existing programs and policies are empathetic to employees’ actual needs as workers who may also be parents, spouses and active members of outside communities. Develop programs that support your workers as workers and as people with complicated lives that frequently entail caring for other human beings (children, aging parents and community members). Here, training one’s human resources staff to be empathetic to employees (understanding of their specific situations) is especially important. Of course, any new initiatives rolled out needs to be closely monitored. Use your learning management system (https://www.eleapsoftware.com/learning-management-system/automated-reporting-tracking-and-analyis/) to monitor employees’ responses to any empathy initiatives introduced.

User experience or UX can refer to everything from a product’s utility and functionality to its level of engagement or aesthetic appeal. In summary, it is a measure of everything that makes a product appealing, practical and intuitive. While human-computer interaction (HCI) is a major focus in UX (e.g., what interfaces are most intuitive), UX is also an integral part of promoting empathy. Empathetic product design can take many forms. For example, a car manufacturer that takes the needs of families with young children into account by creating an easy way to install car seats would be one example. Likewise, an architectural firm that embraces the principles of Universal Design as a way to create lived environments that are empathetic to the needs of all a space’s potential inhabitants is another example. Of course, putting empathy into one’s product design also means training designers, engineers and programmers to think more empathetically during all stages of the design process. 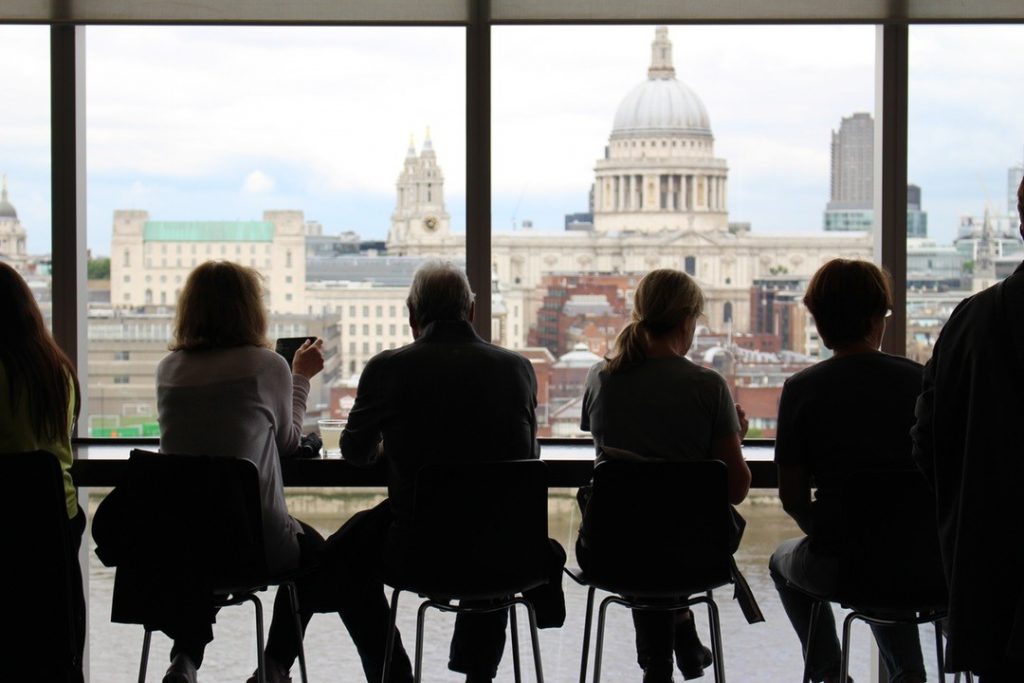 Perhaps, the most important factor in promoting empathy is authenticity. Notably, just as Zuckerberg announced that Facebook would introduce an empathy button, he also announced that Facebook would bring Internet services to people living in refugee camps in various regions around the world. The move, one can only imagine, was an attempt to add authenticity to the social media platform’s sudden embrace of empathy. Being authentic, however, is contingent on many factors and more difficult for some organizations than others to achieve. What is critical is that companies committed to promoting empathy walk their talk. In short, it is not enough to say you are empathetic; as demonstrated by Zuckerberg, companies that go the extra mile by demonstrating empathy in their business practices have much to gain. Consider, for example, Airbnb’s Disaster Response service, which enables hosts to offer free or discounted rooms during emergencies (e.g., Hurricane Sandy). For the company’s part, they waive all service fees for hosts and users and yet provide the same guarantees and protections to both hosts and users. While the program does come at a small cost to the company, the company gains major points in empathy as a result. This is by no means a minor consideration since Airbnb is among a handful to companies that have already demonstrated that there is much to be gained financially by embracing empathy as a core value.

While company policies matter a great deal, the best way to express authenticity and increase one’s reputation as an empathetic company is at the level of customers service. For more on customer service, also see eLeap’s training online training courses:

How to Handle Irate Customers