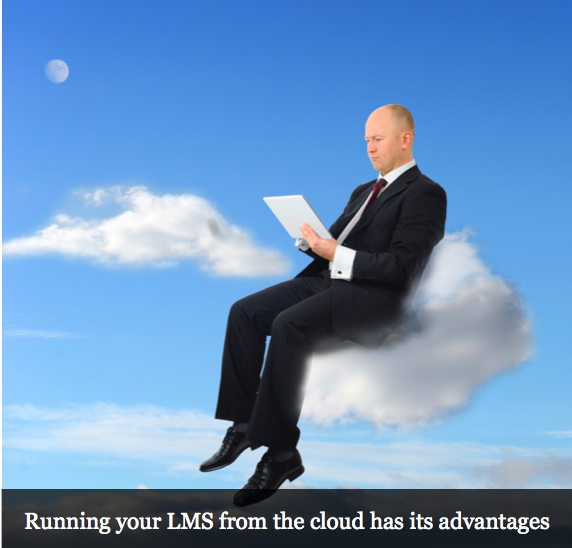 Starting about five years ago, an increasing number of thinkers and writers began to wonder if the whole concept of the LMS was dying out. As the debates raged during several years, the answer became quite clear, and it was both yes and no. If you look at what the LMS platforms of the 1980s and 1990s then yes, that early style of LMS is clearly gone. But it’s not that the LMS died so much as it has just evolved rapidly into forms that hardly resemble its earliest forerunners.

The primary evolution of late has been the incorporation of social networking and collaboration tools that can now track both formal and informal learning, especially with the advent of the Experience API, which I recently wrote about in eLearning TrendWatch: APIs. And even more is happening when you look at the latest developments in augmented eLearning, automation, and other trends I’ve been covering in the eLearning TrendWatch series.

Perhaps the biggest evolution in recent years that transformed the LMS market was the avent of cloud-based solutions. By now most people are more than familiar with the advantages of cloud-based LMS solutions, but it’s worth being reminded of them. If you’re among the many people who tend to be quite frustrated with your LMS, just remember that if you’re using a cloud-based system, you’re already way ahead of the curve. Running your LMS from the cloud has the following disruptive advantages:

Have Internet, Will Learn. The cloud-based LMS is hosted on the Internet itself, which means learners can access it as long as they have an Internet connection and a web browser. That in and of itself is a huge advantage.

BYOD. The more robust cloud-based LMS solutions also have versions that are optimized for various mobile devices, from smartphones to tablets and beyond. Being able to access the LMS from nearly any device is another clear advantage and means you can definitely bring-your-own-device. This advantage applies to both learners accessing the system as well as the learning professionals in charge of creating, distributing, and managing learning content.

Less cash up-front. There are as many variations in how to pay for your cloud-based LMS as there are companies offering solutions, but the general idea is that most are based on some kind of monthly subscription fee, often on a pay-as-you go basis. You don’t have to make a huge outlay of cash to buy an on-premise solution that must also be installed and configured. In may cases, you can be up and running in a surprisingly short amount of time and at a price that feels like it’s barely making a dent in the bottom line.

Better security. Your want your LMS data and sensitive information to be as secure as possible. With a huge variety of cloud-based LMS providers, you can select whichever one meets your security requirements. In fact, checking that aspect out in detail should be one of your main priorities when evaluating choices.

Hassle-Free Updates (usually). With cloud-based systems, you don’t have to worry about scheduling and suffering through major software updates in-house. The provider will regularly update the software on the back-end while you keep working happily on your learning efforts. Okay, that’s a little ideal, but you get the picture.