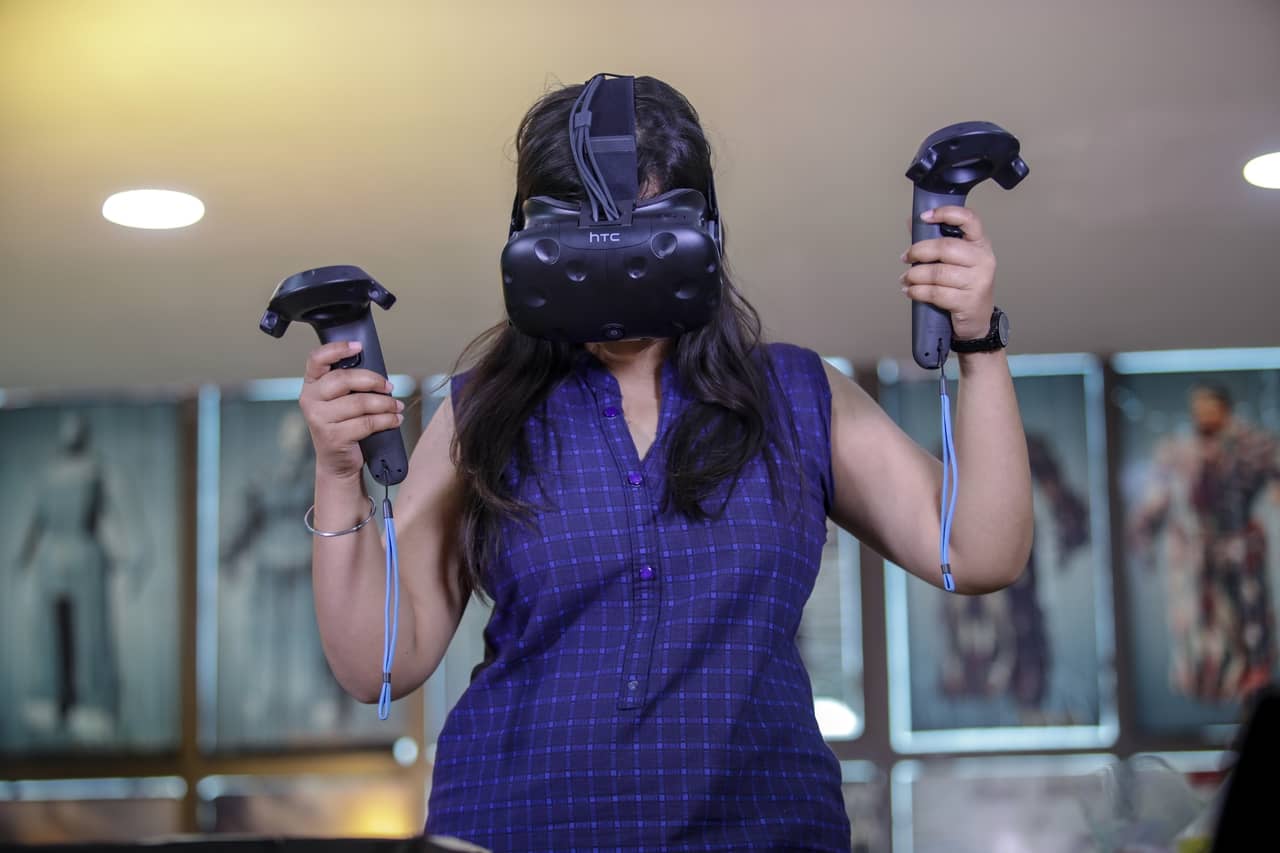 One early and delightful experiment in mobile augmented reality was carried out by two Dutch designers, Castor Bours and Wouter Widdershove, in collaboration with the University of Technology Eindhoven. Their commercial product, TexTales, consists of woven fabrics (in this case, sheets for a child’s bed) and an app. As stated on the design team’s website: “TexTales is a new way of storytelling…It consists of a set of textile products that have images woven into it. The images are recognized by an app on the tablet or smartphone. The app shows 3D characters from a fairy tale on top of the textile. The child can play with the textile to influence the story on the tablet or smartphone. This supports the storytelling between parents and children.”

While one may wonder whether very young children—indeed, those who have yet to learn how to read—have anything to gain from “navigating” their own stories with an innovation like TexTales, a growing body of research suggests that young children’s interactions with educational apps on mobile phones and tablets enhances their literacy and numeracy readiness, as well as their ability to use digital technologies to discover new things, find answers and solve problems. Striking about the TexTales example is the fact that it provides an opportunity for pre-literate children to engage in an interactive form of storytelling—one in which they are, in a sense, able to direct the action. For this reason, one might further speculate that given where we are heading—in terms of everyday communications, education and training—young children’s early inauguration into the world of augmented reality is also preparing them to engage with the technologies that will define their generation and their generation’s experiences of workplace training.

Moreover, just as the need for human museum guides may be in decline, with augmented reality,  it will also be possible to replace other types of human guides and mentors, including senior workers who apprentice younger workers. Indeed, in the near future, we can expect apprenticeships to rely less on the presence of actual senior workers and increasingly on augmented reality guides who can be “present” and in effect, shadow workers throughout the course of their training but of course, at a fraction of the cost.

Other examples of mobile augmented reality that are already beginning to transform education, training and work environments in a variety of contexts include the anatomy class, operating room, and the natural field. So what can we expect as learning management systems continue to evolve over the coming decades?

• Learning management systems will increasingly rely on mobile augmented reality to move instructions (once found in printed manuals) literally into the workplace environments to which they point.