The promise of eLearning at the dawn of the new millennium was huge – people happily learning everything they needed to be successful in businesses and organizations in the digital age, from the comfort of their own computer screens. But that didn’t happen when it came to utilizing eLearning for soft skills – in particular, leading and managing people, with all the emotional intelligence and interpersonal communication skills that entails. People simply weren’t logging on and learning soft skills the way everyone thought they would. Return on investment began to be questioned, and everyone from learning professionals to end users expressed frustration. What went wrong? 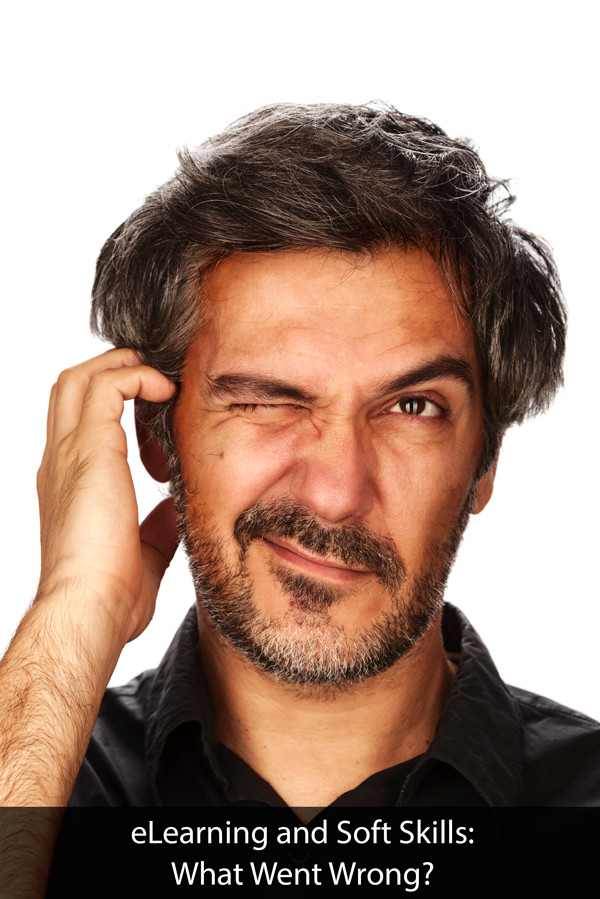 To understand the challenges inherent in teaching soft skills in the eLearning environment, you need to understand a bit about the evolution of eLearning. It actually goes all the way back to the 1960s, when eLearning was all about computer geeks interacting with other computer geeks about computers, mostly on giant mainframes to which most people didn’t have access. While that was good for them, this eLearning wasn’t providing anything of value to the vast majority of rank-and-file employees in organizations.

It wasn’t until the 1980s and on into the 1990s that the potential benefits of eLearning became apparent on a wider scale. While the vast majority of eLearning in those decades was still about mandatory trainings and hard skills, more and more learning professionals began to realize they could utilize the technology to teach softer skills as well. They scrambled to computerize their trainings and courses into this new medium, and while investments into eLearning for soft skills ballooned right around the turn of the millennium, it simply didn’t pan out the way everyone expected and hoped it would.

Essentially, the materials were translated into computer-based learning modules that lacked any kind of excitement or engagement potential. They had tried to shoehorn old material into a new medium without really thinking through whether or not there had been a substantial shift in the way people learned, which was in fact the case.

The most basic failure was failing to realize that the way people wanted to digest soft skills instruction was through videos in shorter content chunks that each provided a single concept or important outcome. The reason this works better than more traditional longer-form learning is that the advent of the Internet has basically re-wired most people’s brains to want their information in those more easily digested chunks. Our brains have become less linear, less apt to take in vast quantities of information through long-form books and documents. Learning through web-based video chunks, however, requires that information be more bite-sized and focused.

When you think about this challenge from the learning perspective, you can easily see why things weren’t working out so well. Say, for example, you realize that your people need better people skills in managing and leading. That’s a huge topic, and it’s enough to make any learning professional throw up their hands in despair. Where to begin? Taking a bunch of training materials about emotional intelligence that used to be delivered in an instructor-led classroom setting that involved digesting information from books and articles about the topic and then plopping that into a computer-based series of modules simply wont’ work without thinking through a whole new information design process within the context of the medium – web-based videos. The results of that kind of process can only be failure and frustration.

The good news in all of this is that the frustration and failure of teaching soft skills in the eLearning environment has spurred a new wave of focused, intense attention to correcting the problems of the past. A more intentional re-thinking of how this all takes place began about five years ago and is beginning to pick up real speed and momentum, which is why recent years have seen renewed interest in making substantial investments into eLearning for soft skills. Those new directions in eLearning will be the topic of the next article.